Here’s one more in the Cosmic Dance series. I’ve been wanting to paint a solar eclipse for a long time!

I chose an earthy, opulent color scheme for this one–golds, browns, and grayish violets. 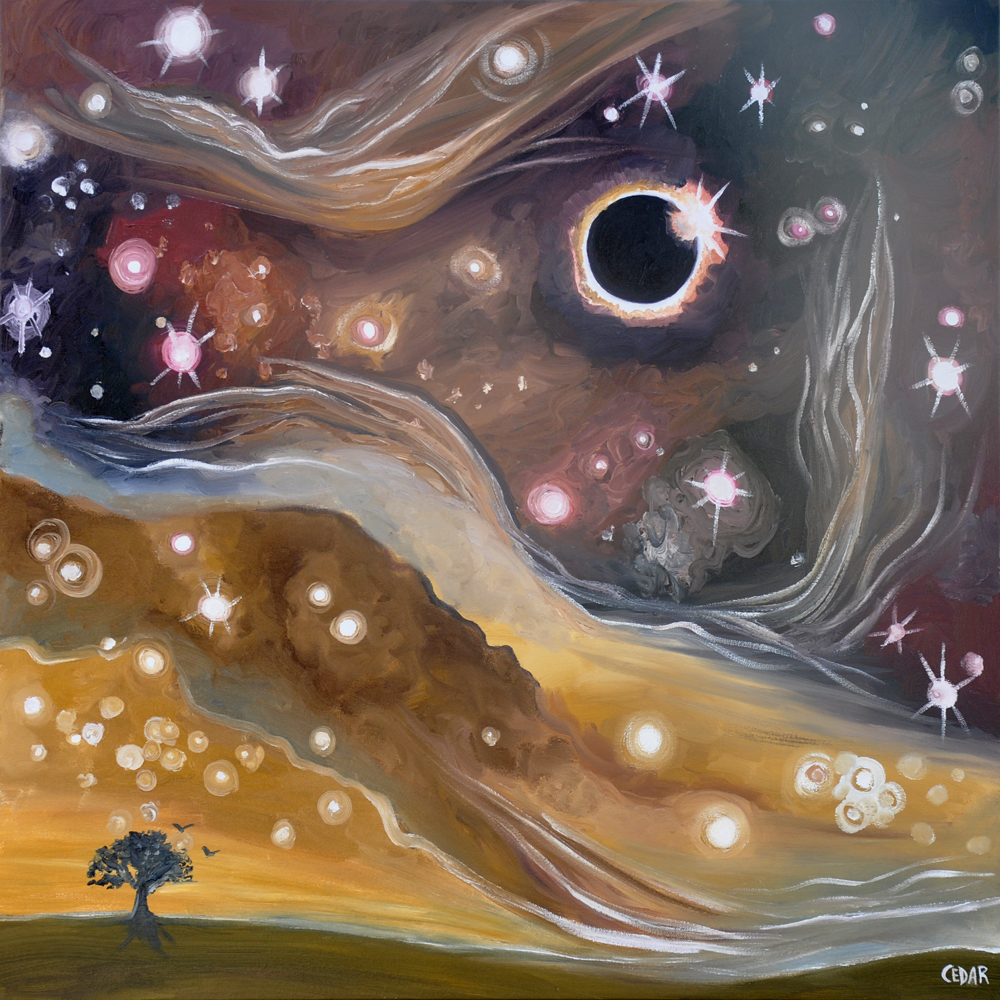 I wanted to capture the moment right before total solar eclipse, when that blinding corona of light bursts out from behind the black silhouetted disc of the moon, and the last bit of gleaming light peeks around the edge to create the “diamond ring effect.” 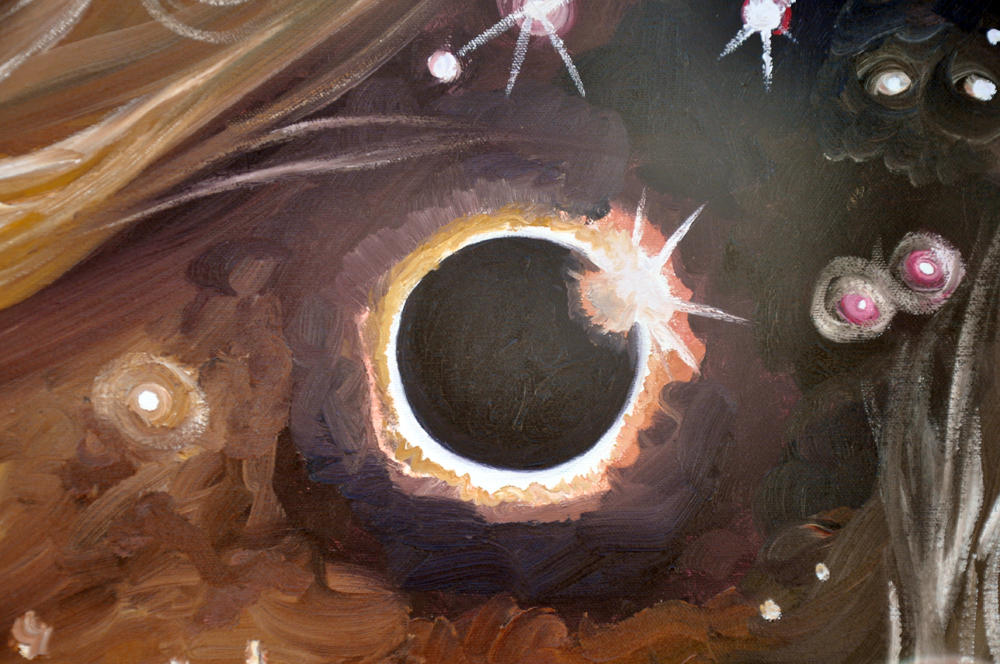 In reality, during a total eclipse the sky would have the appearance of nighttime, but I didn’t want to make the painting too dark and I wanted it to remain colorful–so I imagine the light golden parts of the sky near the horizon represent the glow of the sun reflecting off the atmosphere, coming from the part of the Earth not yet shadowed by the eclipse. These paintings are not meant to be astronomically correct, only to transmit the wonder of the moment! 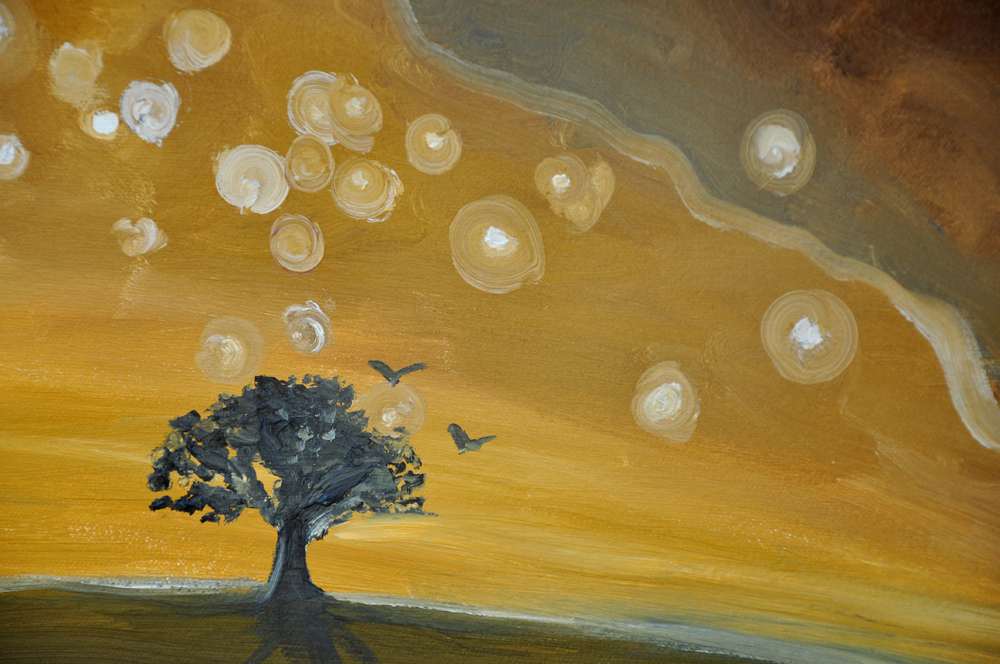 The many bright stars sparkle throughout the sky, scattered through the depths of space. 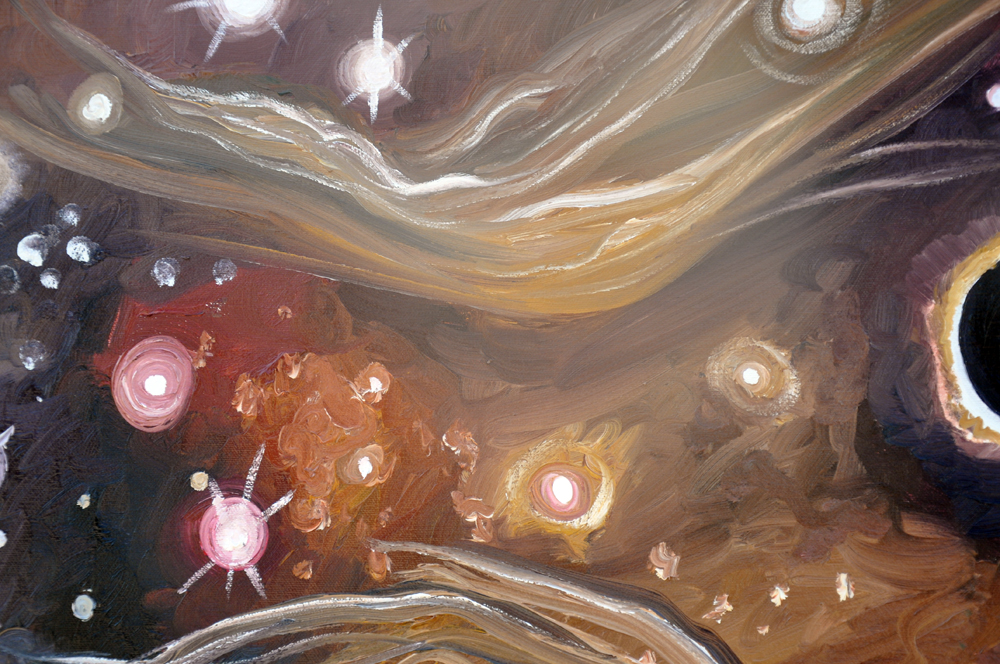 Colorful clouds swirl in constant movement, and I kept it purposely ambiguous as to whether they are clouds of moisture in the Earth’s atmosphere or distant clouds of galactic dust and debris.

I have not yet witnessed a total solar eclipse in person, so this illustration is only from my imagination and from what I have seen in photos of the event. Epic, mind-blowing!